Think Trump Was a Lone Electoral Anomaly? Perhaps not.

In 2016, Trump took the nation by storm in one of the largest electoral upsets in recent memory. Much of the press around Trump’s victory centered around the unprecedented nature of his victory in the rust belt. On the flipside, Obama’s second electoral victory in 2012 came as no shock to anyone. There is some conception, then, that many of the converted districts were won over by Trump’s new brand of conservatism. However, it may be the case that these districts were actually predominantly right-leaning to begin with, per our model. There are twenty districts that voted for Obama in 2012 and then Trump in 2016; most are located in the midwest as well as the state of New York.

Let’s analyze these districts more closely. Our model predicts 16 of the 20 districts having a negative BPI, representing an inherent Republican partisanship across the majority of the districts. What this means is that what we thought of as Trump “winning over” a bunch of the midwest was in fact Trump taking the districts that Obama had “won over.” 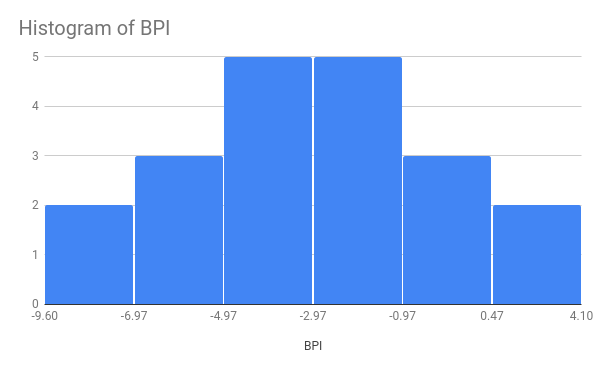 Even so, our model predicts an even split between the Republicans and the Democrats in these districts and an even split between Obama-Trump districts that lean highly Democratic (at least a 75% chance of the Democrat winning) and highly Republican (at least a 75% chance of the Republican winning). This reflects the generally Democratic national mood leading up to the November 6 elections. 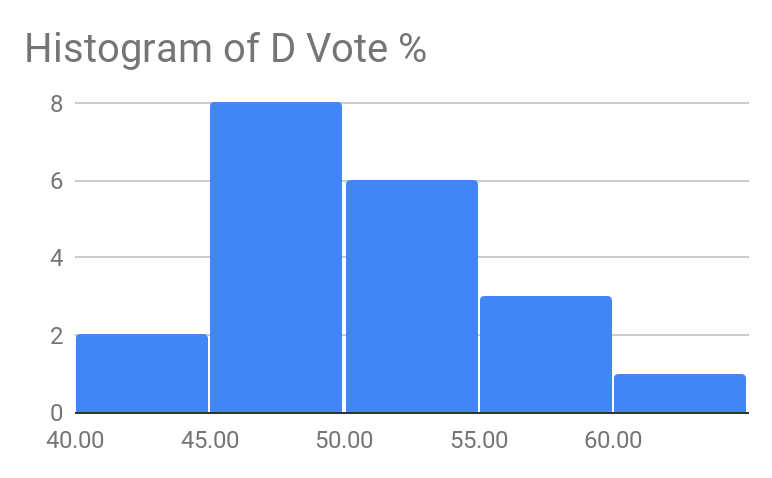 This suggests that our model’s predictions for Democrats this year, at least in these districts, are to over-perform in the voting booths similarly to Obama in 2012.

In Trump’s case, this is heavily reflective of the Democratic national mood now in the weeks leading up to the election. The nation is leaning heavily Democratic, so it only makes sense that Republican candidates are slated to do worse. Obama, on the other hand, is predicted to have outperformed the Democrats in an already Democratically-leaning Congressional election. Trump’s electoral victory may have been highly unexpected, but he’s certainly not the only presidential candidate to capture the votes of people who would otherwise vote against his party. If our model holds, we should expect a return to a normalcy that we haven’t seen in either of the past presidential elections.